How to eat simply on your way to happiness 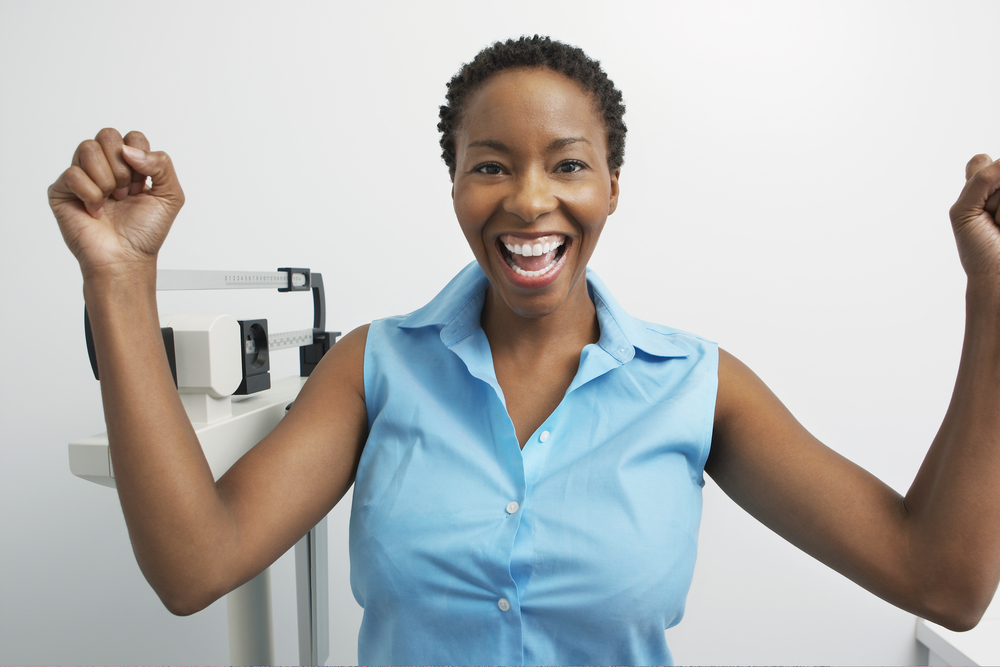 Can you eat your way to happiness?

Yes, indeed you can.

Last week I introduced you to my Super Simple, Super Rational Plan for health and weight loss. I had my own epiphany moment when I realized that crazy fad diets are ridiculous, the results can’t possibly last, and in fact they’re often downright unhealthy. I realized that rational, simple eating is the path to long-term health and long-term perfect weight.

Let me now add that that rational, simple eating is also a path to happiness.

We’ve known about the connection between food, health and mood for a long, long time – all the way back to Hippocrates, the father of modern medicine, who said, “Let thy food be thy medicine and let they medicine be thy food.”

What this means is, you are what you eat. So if you eat good, natural, real food, you’ll be healthy and happy. If you eat processed food or go on crazy yo-yo diets, you’ll be unhappy and unhealthy.

What happened? When did we get so far off track? It’s the perfect storm, actually. First, the big food industry realized they could make a lot more money by processing and packaging food than they could by simply selling plain old real food. Then, because processed and packaged food is loaded with chemicals and sugar, people started getting addicted to the enhanced sweetness and flavor, and they got fatter and fatter and more and more unhealthy. Viola! Enter the diet industry.

Stop the insanity of eating processed food and then dieting

There is huge, huge money to be made in both the processed food and diet industries. Huge money. According to Forbes, the packaged food industry–including everything from pasta and cooking oil to canned and frozen foods–is worth almost $1.6 trillion. Meanwhile, the World Bank puts the food and agriculture sector at 10% of global gross domestic product, which, taking the bank’s 2006 estimate of about $48 trillion, would make the sector worth about $4.8 trillion.

According to a report from ABC News, the annual revenue of the U.S. weight loss industry is $20 billion, including diet books, diet drugs and weight-loss surgery.

How much better can it get for these two industries?

And how much worse can it get for us?

In the U.S. we spent $11 billion on antidepressant medication in 2010. What is wrong with this picture? A lot of things, but high on the list is the food – er – the excuse for food that we eat.

It’s simply common sense to see why we’ve gotten fatter and more depressed. Do you honestly and rationally think that the ticket to your happiness and health is putting chemicals (aka processed food) into your body, or switching up your diet every few months, trying Paleo for a time, then switching to vegan, then trying green smoothies, and so on? Do you seriously think that’s good for you in any way, shape or form? Of course not. But once again, big agri businesses, chemical companies, advertising and marketing have gotten ahold of our brains and turned them into mush.

It’s so extreme that now,  according to the New York Times, more than 30 million Americans are currently taking antidepressants. The rate of antidepressant use among middle aged women is far higher than for the population as a whole, with one out of every four women in their 40s and 50s taking an antidepressant medication. Antidepressants are the second most commonly prescribed drug in the US, right after cholesterol medications.

The drug industry is another huge, huge winner in this game. And once again, we’re the losers (but not in weight)!

It’s time to stop this craziness right now. We’re not only fatter and more unhealthy, but we’re getting increasingly depressed.

You can eat your way to happiness

When you eat a well-rounded, whole foods diet and you do this long term – not for short-term weight loss – you’ll get all of the vitamins and minerals you need, and this is how you eat for happiness. For instance, the amino acid tryptophan can be found in raw pumpkin seeds, spirulina, raw spinach, sesame seeds, raw almonds, bananas, raw dried dates, raw oat groats, watercress, sunflower seeds, horseradish, pumpkin leaves, turnip greens, cacao, muscles, tuna, turkey, egg white.

But don’t make this complicated. You don’t need to go to the store with charts and graphs trying to figure out which foods contain which minerals and so on. All you have do is think long term health, rather than short term diet, and buy a wide variety of healthy, whole food over the long term, and you’ll be covered.

Let’s stop it right now. Especially if we want to be healthy and happy.

Here is your simple prescription for eating your way to happiness:

Eat fish at least twice a week. Wild caught (not farm raised) fish maximizes brain-essential nutrients like iodine, zinc, B12, and copper, and also increases your intake of omega-3s, DHA and EPA.

Focus on nutrients, not calories. When you go to the grocery store, think in terms of nutrients – not calories. This is easy to do when you simply think of buying a wide variety of fruits and veggies, some good grains like quinoa, oats and brown rice, and healthy protein. No need to bring a calculator with you trying to sort it all out – just remember to always buy lots of these foods and no processed food – and you’ll get the nutrients you need.

Never drink soda. Drink water. Done. If your taste buds are so accustomed to the creepy sweet flavor of soda, the gradually wean off. And don’t buy store-bought “vitamin” water for crying out loud!! The stuff is often loaded with processed sugar and other junk. If you’re not ready for plain water then sweeten it yourself by slicing up whatever you have in your fridge, such as lemons, oranges, cucumbers, and mint. Here are a few recipes.

Stop drinking fruit juice. Even though natural fruit is loaded with fiber, vitamins and natural sugar, when it’s processed into commercial fruit juice, you’re losing the fiber, and getting way more concentrated sugar than you need. Much better to eat just one orange or one apple. 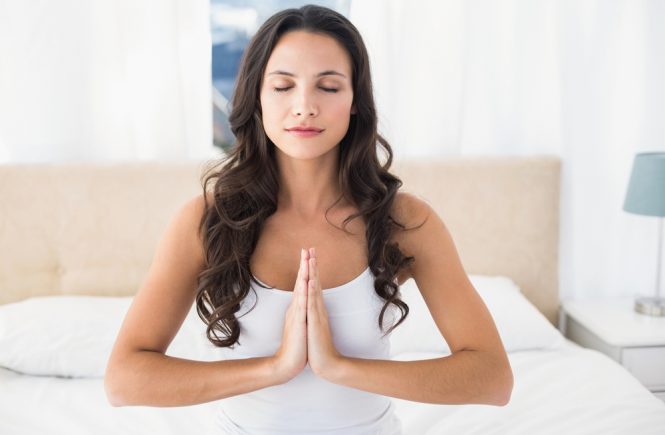 Permanently calm your anxiety with this morning routine 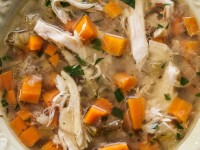 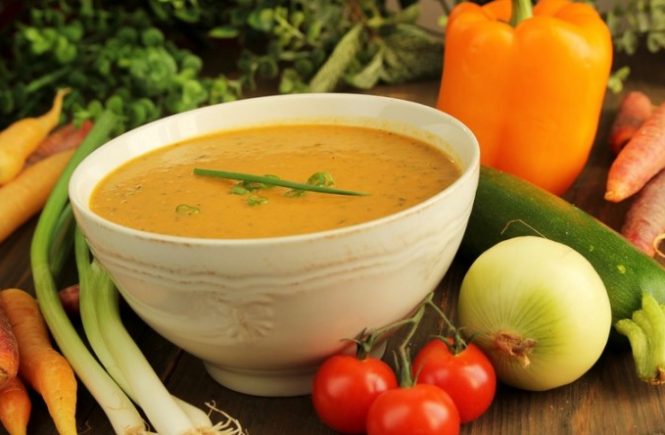 How to massively simplify your cooking