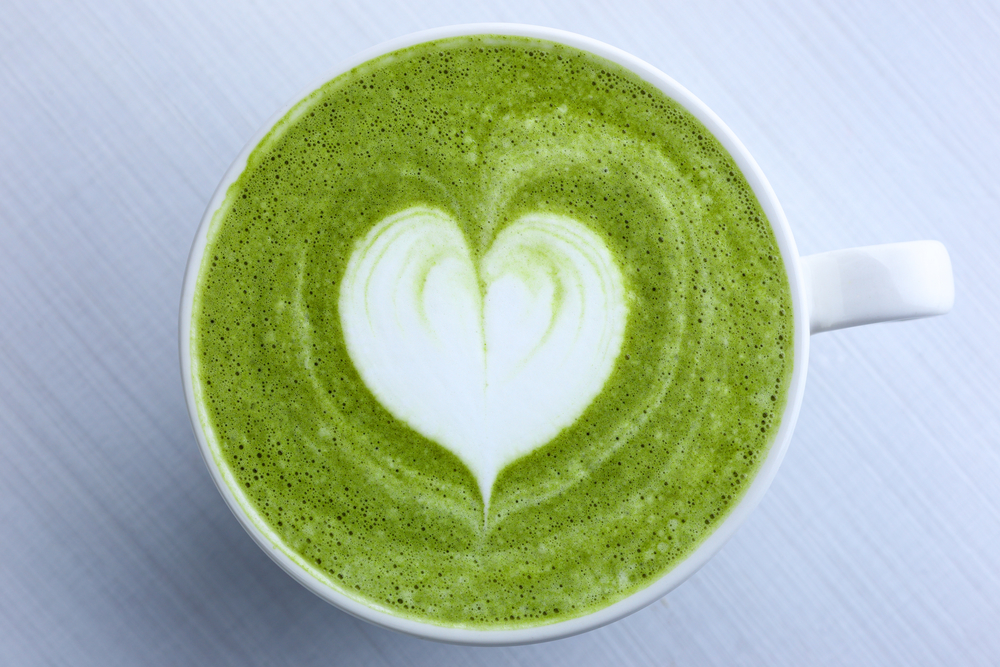 Relieving anxiety and boosting your health with matcha green tea

What’s wrong with coffee? There’s the bloating problem, the weight around the middle problem, and the anxiety and insomnia problem  – all tied to drinking coffee.

But I’ve had a really hard time finding a decent alternative. Regular tea just doesn’t do it for me. It doesn’t have the rich, full flavor that coffee has. Tea always seems wimpy and thin tasting compared to coffee. Coffee tastes a little like chocolate and tea tastes like flavored water.

Plus, there is nothing like a fabulous coffee latte, is there?

There’s also nothing like the delicious ritual of grinding beans and brewing coffee in the morning. And nothing wakes up my brain cells like coffee.

So that’s why I’ve never found an alternative to coffee and why I’d always return to coffee when I’d stop, even though doctors and naturopaths have given me plenty of reasons to stop.

But I finally did find my alternative – matcha green tea lattes.

Before I tell you about my new latte discovery though, let me tell you why I think it’s good for some people to get off of coffee.

First, what I’m going to say does not apply to everybody. Some people, for instance, can drink coffee right before bed and still get to sleep. Some people have absolutely no adverse reactions to coffee.

The difference may be in our genes. Scientists from Harvard School of Public Health have found several genes that directly influence how our bodies metabolize caffeine. You may be sensitive to caffeine because you take longer than average to metabolize it. The average half-life of caffeine is 5-6 hours, but everyone is different and the time it can take to eliminate caffeine varies widely. It can take as little as two to or as many as 10 hours after ingestion to metabolize half of it.

Caffeine, especially in people who are sensitive to it, can significantly contribute to anxiety and related symptoms including insomnia, irritability, heart palpitations, and even full-blown panic attacks.

So, for those of us who are sensitive to coffee, here are a few reasons why it’s good to slow down or stop:

Coffee can add pounds to your belly

Why’s that? Because drinking coffee causes our bodies to produce the hormone cortisol. That’s the same chemical that we produce when we’re stressed or scared. Releasing cortisol increases blood sugar levels, and it’s this that turns into fat.

If cortisol is raised for a prolonged period, the body also relocates fat deposits from other parts straight to the abdomen. You end up with what’s called a ‘coffee belly’.

Coffee can make you bloated

It’s not just adding milk to coffee that can make your stomach bloat – it’s the coffee itself that does it because it’s acidic. If you happen to have a sensitive stomach, the acid in coffee can be an irritant and cause bloating.

Coffee can make you anxious

The caffeine in coffee makes us feel awake by blocking the activity of adenosine, a neurotransmitter that makes us tired and sleepy. By increasing the brain chemicals dopamine and acetylcholine, caffeine gives us the energy we crave.

That’s great for people who don’t tend toward anxiety. But for those who do, coffee is not great because it also inhibits the calming neurotransmitter GABA, which is called “nature’s Valium.” GABA is essential for feeling happy and relaxed, so it’s not surprising that a low GABA level is associated with anxiety and panic attacks.

What about other neurotransmitters that are affected by coffee? There is some evidence that regular caffeine intake can lead to seratonin depletion, and seratonin is closely tied to happiness.

Coffee can cause insomnia

One of the most common side effects of both anxiety and caffeine consumption is insomnia. In fact, caffeine-induced sleep disorder is a recognized psychiatric disorder. Caffeine particularly decreases sleep stages 3 and 4 during which some of the most deep, restorative sleep takes place.

Remember also that caffeine stays in your system and that caffeine consumed even six hours before bedtime can significantly disrupt your sleep. Plus, caffeine sensitivity increases with age, so you might not be able to drink caffeine like you used to.

Caffeine may cause reactive hypoglycemia

This occurs when you feel like you have low blood sugar even though your actual blood glucose level is normal. If you suspect that your low blood sugar is exacerbated by caffeine, try going without it and notice if you have any improvement.

Caffeine causes nutrients to be excreted from your body, some of which are particularly important for your brain health and mood. One of the nutrients that gets depleted is magnesium, a mineral that has profound effects on your mental well-being. Magnesium plays a critical role in a number of brain-related disorders including anxiety, depression, addictions, ADHD, bipolar disorder, schizophrenia, and Alzheimer’s disease.

Dr. Carolyn Dean, author of a book on magnesium, says: “Hands down, bar none and without a doubt, the top supplement for anxiety is magnesium and in my experience, if it doesn’t work that means you haven’t taken enough.”

Caffeine also robs you of the B complex vitamins, the “anti-stress vitamins,” so it’s no surprise that anxiety is a common sign of B vitamin deficiency. Try taking extra B vitamins as a way to counteract imbalances of the brain chemicals GABA, serotonin, dopamine, and epinephrine that contribute to anxiety. 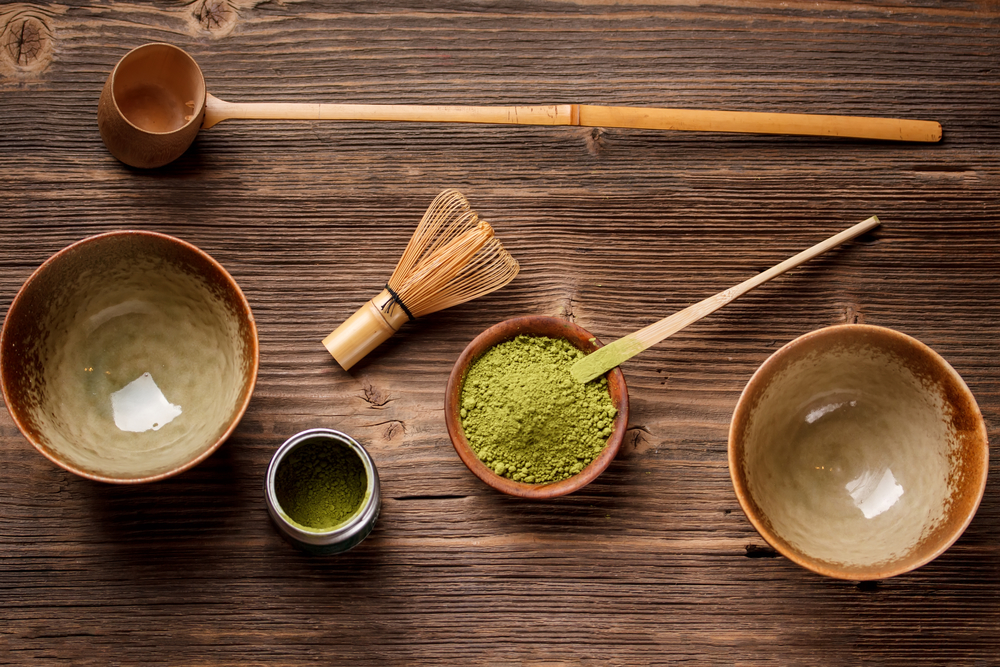 Why is matcha green tea different?

Matcha is a powdered tea made from ground tea leaves, and has loads of healing properties. It also contains caffeine. So the big question is, why is the caffeine in matcha better than the caffeine in coffee?

Matcha has about half the caffeine as coffee, but the most important reason why matcha doesn’t seem to cause anxiety is because it contains a phytonurient called L-theanine, which promotes calmness. This gives us a sort of calm alertness, without the jitteriness and crash of coffee. L-theanine is also a mood enhancer and improves concentration.

Yet, despite the calming effect of L-theanaine, if you shouldn’t be drinking anything with caffeine, then matcha is not for you. If you’re like me and can handle some caffeine, especially when it’s balanced with L-theanine, then give it a try. Here are additional benefits from drinking matcha:

Matcha is super high in antioxidants

Because you’re drinking the full tea leaf, you’re getting the maximum nutritional value of green tea. For example, regular steeped green tea is noted for its high levels of antioxidants, but it doesn’t come close to matcha, which has 10 times the antioxidants of regular green tea.

Antioxidants are important because they delay the oxidation of other molecules in the body – the major cause of ageing. One cup of matcha has as many antioxidants as 10 cups of brewed green tea and far more than coffee, which doesn’t contain catechins, a family of antioxidants that have been linked to improved ageing and cancer fighting. Some recent studies have shown that matcha’s superior catechin count can lower cholesteral and may even help in weight management.

Matcha can boost your metabolism and burn fat

A study featured in the American Journal of Clinical Nutrition found that consuming matcha green tea increased thermogenesis (the body’s own rate of burning calories) from a normal 8%-10% of daily energy expenditure, to between 35% and 43%. Another study demonstrated that exercising immediately after drinking matcha green tea resulted in 25% more fat burning during exercise.

Making matcha tea also provides the same sweet ritual we get from making coffee in the morning. You don’t just put the powder in a cup and call it done. Instead, you add the powder to a bowl or cup and whisk it until it’s frothy, and then if you want to make it into a latte, you can also froth some nut or cow’s milk and add on top – just like a coffee latte. To whisk, it’s best to use a traditional little bamboo whisk, or buy a teeny electric whisk – either way, whisking and frothing are what makes the sweet ritual.

This slow, deliberate ritual is one of the things I love most about matcha. It provides another way to start my day mindfully, which is one of the greatest antidotes to feeling anxious and rushed in the morning.

In fact, matcha has a close relationship with  Zen Buddhism.

According to Green Tea Artisan, when the monk Eisai brought Zen Buddhism to Japan in the medieval period, he recognized the potential benefits of matcha green tea in promoting clarity of thought and mindfulness. Building on an ancient tea ritual called ‘cha dao’ (‘The Way of the Tea’), he adapted the rituals to emphasize mindfulness and spirituality.

How to buy matcha

A big downside of matcha is that it’s expensive because making it is labor intensive. If the matcha you’re looking at is not pricey, then take a harder look. You want matcha that’s grown in Japan, not China, because the Chinese variety has been found to contain lead. You also want organic matcha, and it needs to be pure matcha powder, not some mix that includes sugar or any other additives or fillers. Here is a good one to try, and here is a whisk set. You can also find good quality matcha at health food stores. 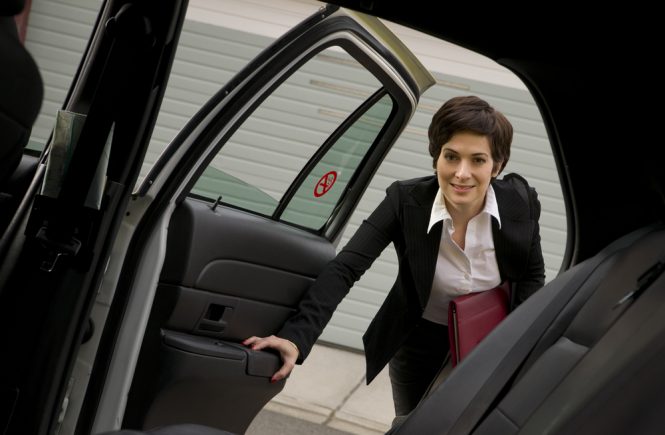 How to be safe using Uber and Lyft 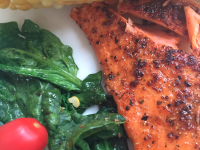 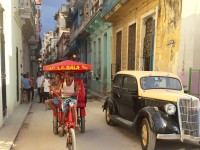 Why I love Havana